Italian president Sergio Mattarella attended a wreath-laying ceremony at Rome’s Fosse Ardeatine mausoleum at 11.00 on Thursday 23 March, in memory of the 335 people killed by the then occupying Nazi forces 73 years ago, on 24 March 1944.

The mass killing in 1944 was in retaliation to a partisan attack on a column of marching German policemen the day before on Via Rasella, near Piazza Barberini in central Rome.

The Nazis decided that ten Italians should be executed for each German, an order soon authorised by Hitler who stipulated that it be carried out within 24 hours. 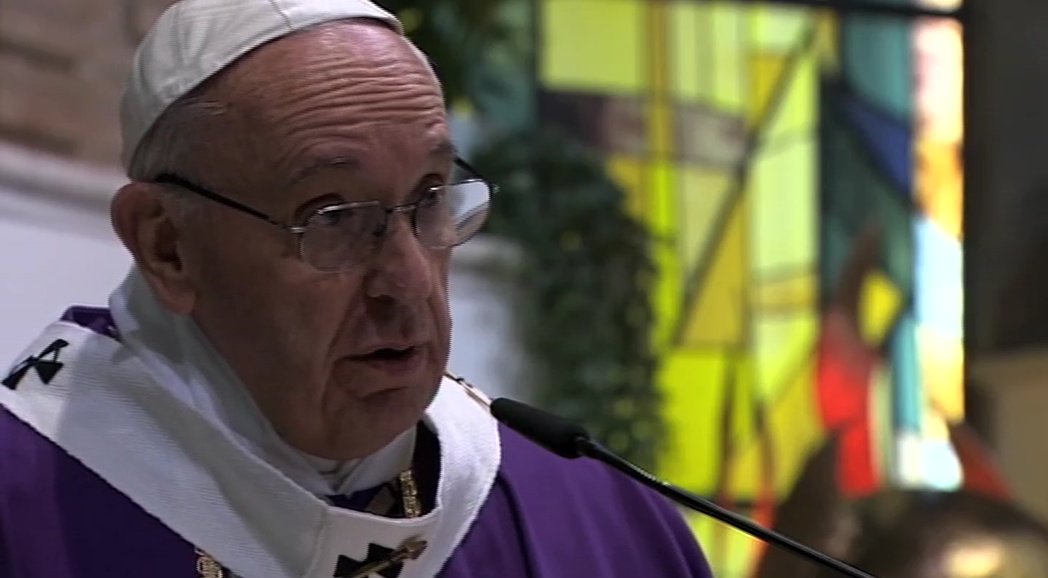 The last day of Pope Francis’ spiritual retreat concluded with this Mass. It was offered for Syria. In addition to this gesture, the pope also included an important donation to the city of Aleppo.

He has raised 100,000 euros from members of the Roman Curia to send to the martyred Syrian city. It serves as a beacon of hope for peace that seems increasingly closer after six years of war. On March 15, Syria will enter its seventh year of conflict.

Franciscan Guilio Michelini, presider of the pope’s spiritual retreat, has expressed the gratitude of the Aleppans.

“In thanksgiving for the collection of money destined for Aleppo, Fr. Ibrahim has written a brief email, together with the Custody of the Holy Land. It expresses the gratitude from Aleppo’s poor, for those who celebrated the Eucharist this morning in accordance with the pope’s intention, and for the generous donation of 100,000 euros.”

During the spiritual exercises, the pope and members of the Curia read the testimony of this pastor of Aleppo, Franciscan Ibrahim Alsabagh.

The pope also thanked Guilio Michelini for his efforts to lead these spiritual exercises.

“I want to thank you for the work you’ve done; how you’ve prepared yourself. This means responsibility, and taking things seriously. Thank you for all that you have given us.”

After the last meditation and photos with the religious who manage the Divine Master house, Pope Francis boarded the bus to Rome, where he arrived around 11:30 in the morning.

For the fourth consecutive year, the Vatican is hosting the Voices of Faith storytelling event, gathering testimonies from women all over the world who promote peace through various initiatives.

The theme is “Stirring the Waters-Making the Impossible Possible,” and will be carried out through stories of “faith, courage, beauty and joy.”

The event is held on International Women’s Day and will be live streamed from Rome beginning at 3 p.m. today.

Friday’s Lenten Station Mass was at the Basilica of Sts. John and Paul, martyrs who are mentioned in the 1st Eucharistic Prayer (aka the Roman Canon) – “…Lawrence, Chrysogonus, John and Paul, Cosmos and Damian, and all
Your saints…”

The place where they were killed is marked on the floor with a marble slab, while their bodies lie within the altar.

Fun fact: the chandeliers in the basilica are from the Waldorf-Astoria Hotel in New York. They were donated in the mid-20th century.

Thanks for Fr Michael Dion for this information.